Nihonbashi – 12 Fun Facts About the Center of Tokyo

When you think of the center of Tokyo, you probably imagine the bustling Shibuya scramble crossing, the nightlife districts of Shinjuku, or maybe the Imperial Palace. But historically, the center of Tokyo was Nihonbashi, since the days when Tokyo was still called Edo and was home to the Shogun.

There are many interesting and less known facts about this area of Tokyo which combines Japanese traditions but also foreign and modern influences. In honor of our new outdoor scavenger hunt game set in Nihonbashi, we’ve compiled some of those interesting facts in this article. How many of them did you know and which ones are surprising to you?

2. The Edo period was an era of peace in Japan, and as with all cultures that are in a period of peace, bridges were built instead of destroyed. The original bridge was built as an arched wooden bridge with two lanes (二本, Nihon). So even though it was officially called the Edo bridge back then, it is said that it was nicknamed the Nihonbashi (二本橋、”two-lane bridge”). Because the reading for the words for “two lanes” and “Japan” are the same (“nihon”), the bridge name changed its kanji characters to become 日本橋、” Japan bridge”.

3. A replica of the old bridge can be seen in the Tokyo Edo Museum and inside Tokyo Haneda Airport.

4. The modern Nihonbashi stone bridge, as you see it today, was constructed in the Meiji Era (1868 – 1912).  In 1964 an expressway was built, crossing over the Nihonbashi bridge in preparation for the Olympic games of the same year (if you visit the bridge today, you can see how the expressway passes right over the bridge). The reason is that it is easier to build expressways that follow rivers, as opposed to buying or reclaiming land which costs more money and effort. However, recently plans have been developed to restore the original beauty of the bridge area by deconstructing the expressway, and moving it underground.

5. With the beginning of the Edo period (1603) the Uogashi fish market began to emerge at the banks of the river which is called Nihonbashi River today. Since then the Nihonbashi area has been a hub for culinary innovation and commerce. Nihonbashi is the birthplace of many foods you love, the home of the Japanese central bank, and the origin of Tokyo’s fancy department stores.

6. With an abundance of fresh fish and seafood and the growth in popularity of vinegar, sushi took the form of nigiri sushi (raw fish placed on top of vinegared rice), which is how it is still enjoyed today, not only in Japan but all over the world. Prior to that sushi was made by pickling raw fish in fermented rice for one year or longer, which resulted in a sour tasting fish.

7. With the invention of modern sushi Nihonbashi can already be called the birthplace of Japanese fast food, but it does not stop there. Did you know that the popular beef bowl chain Yoshinoya was founded in 1899 at the Nihonbashi fish market? In it’s more than 200 year history the chan has expanded from its humble beginnings at the Uogashi fish market to being a household name in Japan, and you can enjoy a hot Yoshinoya  gyudon in many places overseas now as well.

9. As mentioned earlier, Mitsukoshi began as a kimono and cloth store which was called Echigoya. All the way back in 1683, Echigoya was the first to switch from door-to-door sales only to having a permanent store.

10. Mitsukoshi continued to be a commercial pioneer down to today. It opened the first department store and it also hired an android receptionist named Aiko in 2015 (however, it appears she has moved on to other professional opportunities by now).

11. Nihonbashi is also the financial center of Japan, with the Japanese Central Bank’s headquarters housed there. The bank building itself is very interesting as well. From a bird’s eye view it has the shape of the kanji 円 for “money” (although this is said to have been just a coincidence),  and some design elements of the building were inspired by the central bank of Belgium. The Bank of Japan also has a free museum focused on the history of Japanese currency.

12. The Nihonbashi area bridges tradition and modern life and is a great place to check out if you have the chance.

Nihonbashi is still bustling commercial center. Come check it out by playing Nazotabi! (Photo by 潇 文 on Unsplash)

Nazotabi: The Tale of the Undersea Palace will be released on December 15, 2020. To order, click on the link here: https://nazobako.jp/en/tokyo-scavenger-hunt/ or contact us at tokyo@invitejapan.com 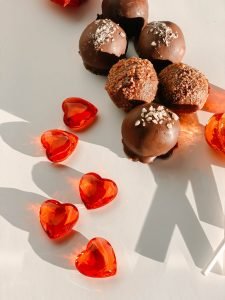 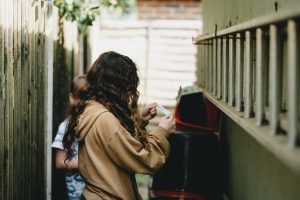 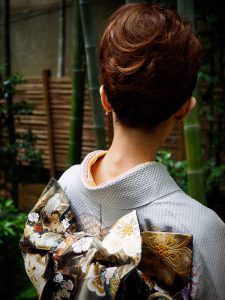 Looking For Fun Things To Do This Winter in Tokyo? Try Nazotabi Nihonbashi: The Tale of The Undersea Palace

This winter season, get excited for a new bilingual adventure! Winter is upon us, which means ’tis the season for cozy sweaters and curling up 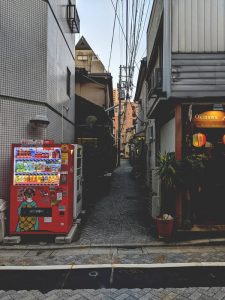 Space To Ourselves: Spatial Empathy During Covid-19

(Photo by Chloe @https://www.instagram.com/chloer._/) I’ve been thinking a lot lately about space. Space as in the universe above us, but also the physical space that 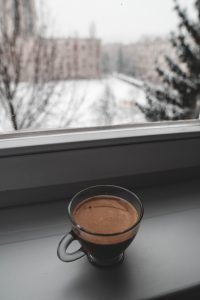 Notes on Self-Quarantine: Some Observations

It’s been nearly four weeks since the start of our work-from-home routine and me writing writing these posts on the coronavirus, so today I want 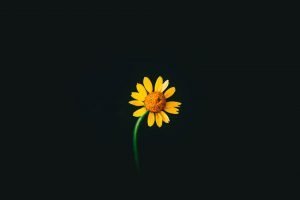 On Never Going Back: The Tragedy and Hope of Change During Covid-19

It’s hard to describe how profound things are changing. I think we are all aware that this is a very serious crisis, and that this 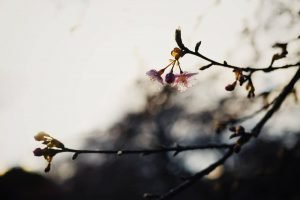 Togetherness Redux: You and the World

Something that really fascinated me early on in this crisis was the sort of paradox of being together in our aloneness. At the same time 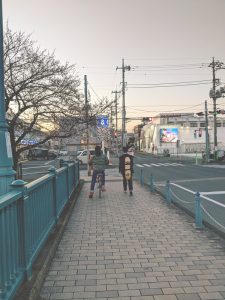 Happiness Part 3: Towards Imagining an Afterwards and Rebuilding Ourselves

(Photo courtesy of Chloe @https://www.instagram.com/chloer._/) This week I’ve been thinking a lot about happiness (minus a slight emotional digression yesterday): what it means to be 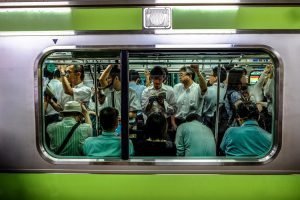 The Things We Carried: An Ode to Commuter Passes and the Little Details of Life

Yesterday’s post was the start of a series I wanted to write about finding happiness during these tough times. Not because we need to feel

A lot of my recent posts have focused a lot on loneliness, isolation. and sadness. Partly this is because I think that, while diseases in

Ways of Thinking in Self-Quarantine: Imagination and Divergence

It’s Friday, and I am heading into another weekend. Except that it doesn’t really feel like it. There’s no looking forward to spending time with

How are we talking about this current Covid-19 epidemic? By that I mean, not how often or with whom (since that would be a silly

Last night the Japanese Prime Minister, Shinzo Abe, delivered an address to the nation. In it, he declared a State of Emergency in some prefectures

Covid-19 and the Productivity Paradox: How to grow in a time of quarantine

Social distancing has become the most potent strategy to deal with the Covid-19 epidemic.  In order to “flatten the curve” and buy more time, citizens

Other Voices, Other Rooms: Thoughts from our staff members

It has now been a week since Nazobako/Invite Japan began working from home due to the Covid-19 pandemic. Like many throughout Japan and the world, 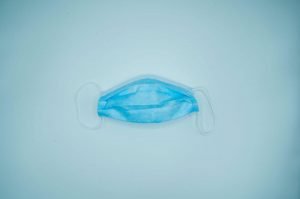 The Masks We Wear: Strength and vulnerability in the age of Covid-19

Surgical masks are everywhere and nowhere. We wear them when we go out, we see them on almost everyone’s faces, we read articles about how

Today I Walked Outside: On Gratitude

All of the photos in this post were taken by my colleagues recently on some of their walks, please enjoy them.  Today finally felt a

Into the Wilderness: On Isolation and Awareness

I’ve come to a point in my self-isolation/sheltering-in-place experience where I am getting much more restless and stir-crazy. I feel both awake and drowsy, my 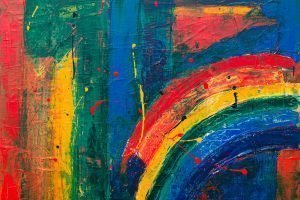 The New Normal: A coronavirus manifesto